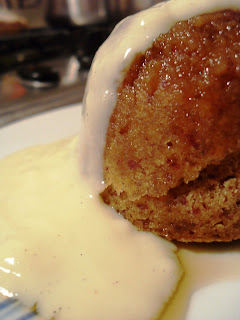 It has been a long interlude! When I last posted in September, I didn't for a moment think that it would be November when I finally returned.

The reasons for my blogging absence have been various. It has been a busy few months with much change on the horizon for me and I just haven't felt like blogging. So much has been up in the air and I suppose I've been concentrating on all those other things. Finally, my plans are all out in the open and I feel able to think about other things. I won't bore you with details of these plans but essentially they involve a big move (out of London to the Cotswolds). The big move also involves a change of job as I won't be able to commute to Hertfordshire from that area. As yet, I'm not sure what this will be as I'm not sure when we will be able to move (it depends on the sale of my flat). So, exciting things ahead but also an air of uncertaintly. I've handed in my notice with nowhere to go next and I have to say that it is a little scary! In between getting my flat ready for sale, planning our May wedding, looking at properties in the Cotswolds and looking for jobs I've had little time to blog. That's not to say I haven't been busy in the kitchen, I just haven't felt inclined to grab the camera as much as usual. 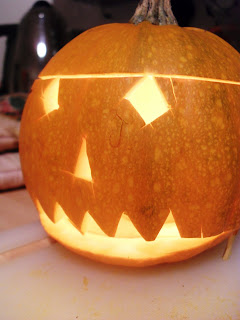 I'm hoping to get back to normal now though I suspect the next few months may be a little erratic. Please bear with me - once the move has taken place, I suspect to have much more time on my hands (...in theory!).

Anyway, with a very lovely wedding dress to show off in May, I've succombed to the inevitable pre-wedding diet. I've been very overweight for years - my love of puddings, cakes, pastry, cheese and butter are entirely to blame (...along with my total lack of enthusiasm for most forms of exercise). I finally decided that with something to aim for, it was time to reign it in a bit. Fortunately for me, the flower-sender is equally keen on pastry and decided that he should also get on the bandwagon. So, one stone lighter than I was in August, I'm feeling quite pleased with myself. It has been challenging though and there is still a way to go.

The biggest problem for me has been puddings. I'm the sort of person who doesn't feel that a meal is complete unless it ends on a sweet note. And by this, I don't mean a piece of fruit. I like proper puddings. Lunch isn't a problem - I'm happy with a yoghurt. But in the evening, I want things to end properly. The trouble with most low-fat dessert recipes is that they are generally what I call 'non-puddings'. Fruit salads. Poached pears. Compote of plums with greek yoghurt. These things are all perfectly nice, but they don't really satisfy the craving in the same way that a crumble, sponge or treacle tart would.

I've become almost desperate in my search for low-fat puds to satisfy my sweet tooth and have come to the conclusion that the whole point of a dessert is that, by its very nature, it is something indulgent and that a low-fat pudding is really something of an oxymoron.

In the meantime, I have found this rather nice little recipe. It is, if such a thing can exist, a low-fat sticky toffee pudding (...did someone say something about oxymorons?). Usually someone who extols the idea that a thing is only worth doing if you do it properly, I decided to give it a whirl.

It is a recipe from BBC Good Food - a website useful for dieters as each recipe is accompanied by the full nutritional information. I made these as a treat one Sunday night after our weekly roast. Sticky toffee pudding is perhaps a bit of a stretch. It isn't really the same pudding at all. But it was rather good despite this. It had good date flavour and whilst maple syrup is hardly a substitue for a good toffee sauce, it is still rather delicious. My craving was completely satisfied and I'd definitely make these again. It is a very simple recipe and individual puds look so pretty for a dinner party. Ideal for the colder nights! 2. Place the dates in a saucepan with 6 fl oz/175ml water. Bring to boil and simmer for 5 minutes.

3. Tip the dates and water into a food processor with 6 tbsp of the maple syrup and the vanilla extract and blend until smooth. Transfer to another bowl and then mix in the egg yolks.

4. In a spanking clean bowl, whisk the egg whites until stiff. Fold into the date mixture. 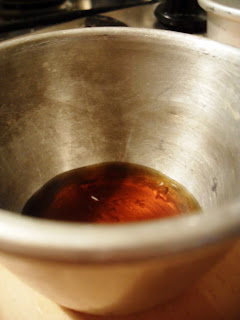 5. Grease the pudding moulds and then pour 1 tbsp maple syrup into the base of each. Then divide the pudding mixture evenly between them. Cover each tightly with foil and place in an ovenproof baking dish.

6. Pour hot water into the baking dish until it comes half-way up the sides of the pudding. Place carefully in oven and cook for an hour (until skewer comes out clean).

7. Turn the puds carefully out onto plates - you may need to loosen with a palette knife. Serve with yoghurt, custard or ice-cream and an extra drizzle of maple syrup if desired. 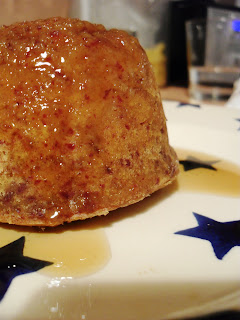 Posted by Abitofafoodie at Sunday, November 08, 2009

Email ThisBlogThis!Share to TwitterShare to FacebookShare to Pinterest
Topics: Puddings

London to the Cotswolds - how exciting! I did that nearly 4 years ago - much healthier life.

Heard of gluten free STP, but not guilt free before. Sounds good!

Glad you're back, you do sound like you've had a very busy couple of months. Congratulations on making the decision to move and change jobs!

This looks like a great dish, well done on finding something to satisfy your sweet tooth!

They look really good. Glad to know I'm not the only one for whom fruit and a yogurt is an entirely unsatisfactory end to a meal!!!

Good luck with all the moving and finding a new job, and with the organisation of the wedding!

Wow you have certainly been keeping busy. The puddings sound yummy and packed full of dates. I find a hot scones with jam a not-too-naughty treat.

Sounds like a very exciting time for you - what a move! Nice to have you blogging again - these puds look so good, especially if guilt free :)

Those sound wonderful, as does a home in the Cotswolds.

Love the Cotswolds, it's such a pretty place.
You do have a 'lot on your plate' at the moment Antonia. So pleased to hear that you are to marry very soon - congratulations!
Trying to satisfy the pudding craving isn't easy, but you are doing well.

I'm now on a post baby diet, I did the wedding dress diet two years ago - don't envy you!!! These puds look a treat. Hope you manage to sell up quickly - market looks more promising at the moment

So glad to 'see' you back posting.

The puddings look fabulous, just right for the colder nights

Very glad that your back and this dish looks great and delicious.

This is my first visit your blog - it's lovely. This looks delicious, I am just the same, overweight but a lover of all things edible :) Wishing you well with you're healthy eating and you're move. Best wishes, Lucie
http://cookingatmarystow.blogspot.com/

James - I'm so looking forward to it. The sooner my flat sells the better!

Kerri - thank you - I'm so relieved I've finally made the decision.

Lucy - thank you. Nice to be blogging again. The puds were rather good, thought not as good as the guilty version!

Helen - they were good and did satisfy the sweet tooth too.

Margaret - I am doing my best, though it is tricky resisting the urge for all my favourite cakes and puddings. Been on two longish walks today though so looking forward to rewarding myself this evening.

If you want to spice up you everyday office lunch try out some of these great ideas!
http://yovia.com/blogs/personalpantryforyouroffice/2010/02/05/going-macgyver-on-office-snacks/